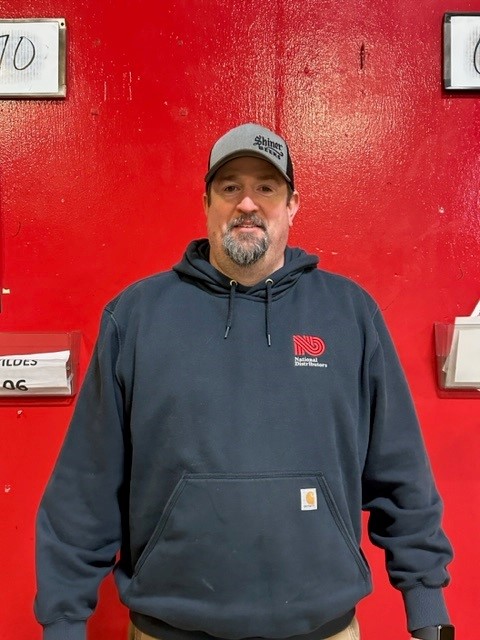 We are happy to announce that for the month of December, Scott Clemens, has been selected as the National Contributor of the Month. Scott works as Day Warehouse and was nominated by multiple co-workers for his high level of job performance, phenomenal/positive attitude and his initiative in the workplace.

To highlight, here are just a few things that were said about Scott during his nomination:

“Scott has exhibited leadership skills by taking initiative and making plans for each truck that has arrived and has been a steady hand throughout the process.”

“Scott has taken the task of receiving, dividing, and creating slots for all the new products we have taken in from Craft Brewers Guild. He stepped up from the very beginning with a positive attitude and worked until all the inventory was correct and ready to sell, pick, and deliver. This is the largest one-time acquisition of items NDI has ever taken on at one time. There is a lot that goes on behind the scenes that must happen to make the entire system work – from supplier to warehouse receiving, then picking, loading, delivering, and merchandising to the consumer. Scott worked hard with Sam Fickett to create proper positioning for the selectors and with other warehouse team members to build a plan for every new package that we’ve received.”

“Scott is a leader in the warehouse, and he stepped up when we needed him to do so…he knew the last month would not be easy, he went above and beyond for the company.”

Congratulations to Scott Clemens for being recognized as the December Employee of the month!

Please Welcome these Craft Beer Brands to the NDI Family!

January Employee of the Month: Josh Richards
Scroll to top