Blog - Latest News
You are here: Home1 / Responsibility Starts With You 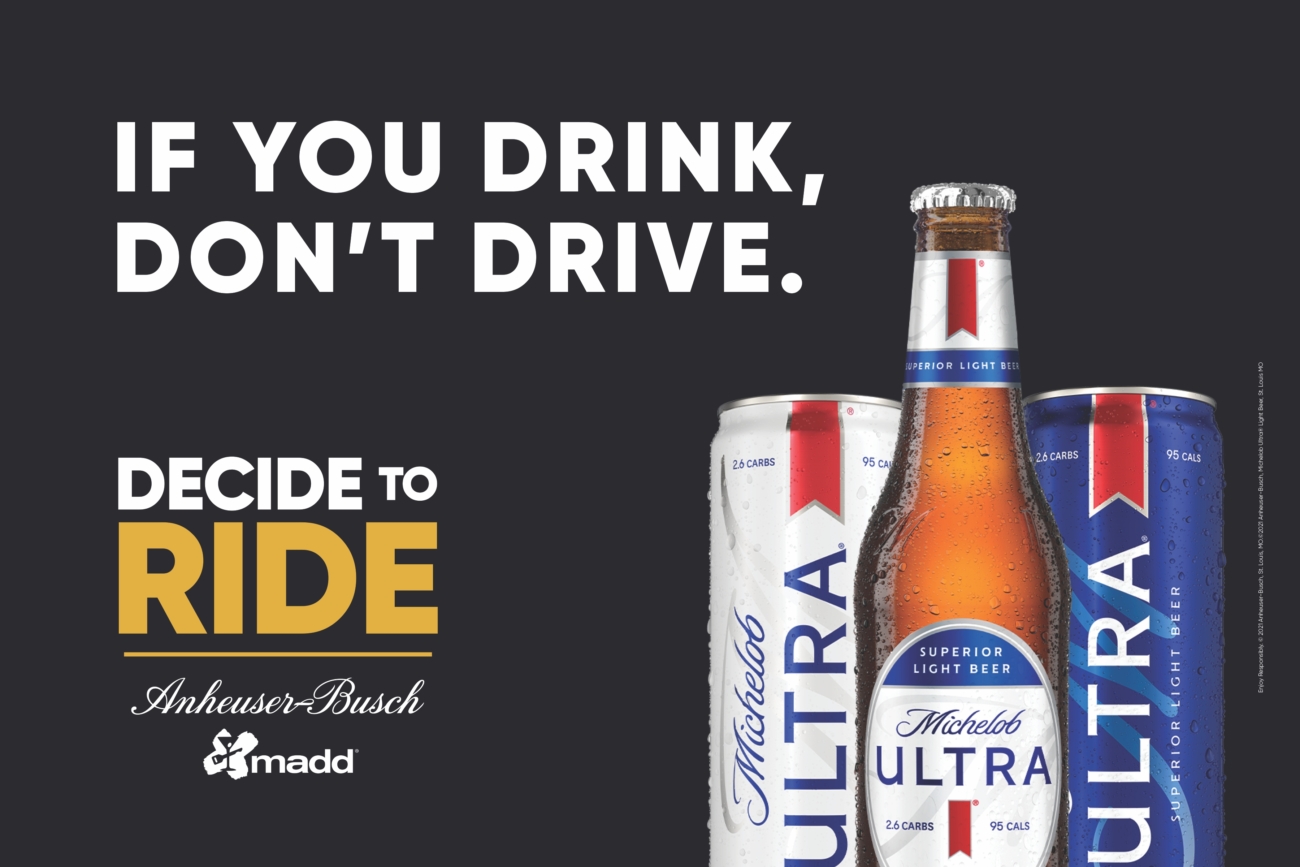 As the country’s leading brewer, with more than 19,000 employees across the United States, Anheuser-Busch cares deeply about the communities we call home. We’re committed to keeping our friends, families, and neighbors healthy and safe, and one way we work toward this is by promoting safe rides—a top A-B priority for more than 100 years.

Drunk driving is still a major problem in the U.S. There is an average of 300,000 incidents a day from alcohol-impaired driving, a preventable problem. Data shows that alcohol-impaired fatalities on the road had been steadily declining, but in the last ten years, the figure has plateaued at around 10,000 fatalities annually.

Historically, Anheuser-Busch has been a leader in this space with our first safe ride campaign launching in the early 80s. For this reason, we’ve created a new initiative called Decide To Ride. This campaign is centered around the idea that “you can’t drive drunk if you don’t drive there,” encouraging everyone to plan ahead for a safe ride home before the evening even begins. Through our partnership with Uber, we’re offering even more incentives to Decide To Ride.

We encourage everyone to join us in our mission to put an end to alcohol-impaired driving. We are raising a glass to all that we’ve accomplished together and the progress still to come as we work toward building a Better World.

For more information on this ongoing initiative that launched in September, visit anheuser-busch.com/decide-to-ride/

March Employee of the Month: Andrew Gillis
Scroll to top